We live in a time defined by an ever-expanding interest in archives, whether document-based or audio-visual, regarded as collective memory banks ready to enchant and astonish us. Since 2013, Adina Bradeanu has been involved as a curator in a digitization and outreach project (VINTAGE SAHIA) developed in collaboration with a film festival in Bucharest (One World Romania). The project was designed to open up to contemporary audiences the forgotten archive of a documentary film studio (Alexandru Sahia) whose ambivalent legacy in the collective memory is inextricably linked to Romania’s former communist regime. Six years, five DVDs, and around a hundred public screenings later, she looks back at what it took to be a documentarist working in one of the film studios of the former communist Eastern Europe, and reflects on how today’s repurposing of the material produced by these film-makers resonates with people’s experiences of the past, brings to the surface unknown or forgotten facets of history, and makes room for alternative types of historical imagination.
Adina Brădeanu is a researcher with an interdisciplinary background in modern languages and literatures, cinema, and political studies.

STREMT 89 (2012)
Anda Puşcaş, Dragoş Dulea
14’ - OVEN
In 1989, on the streets of the big cities of Romania the anti-communist revolution took place, while people all over the country were waiting excited but reserved that something would change. In Stremt, the little village of hunters, the news arrived very hard.

TIMEBOX (2018)
Nora Agapi
70’ - OVEN
In a strange but still cosy apartment, one daughter is filming her father, Ioan-Matei Agapi a documentary filmmaker himself. Starting as a love letter to her father and to his rich personal archive film footage, the film will turn into an unexpected drama, when a public officer is knocking at their door. 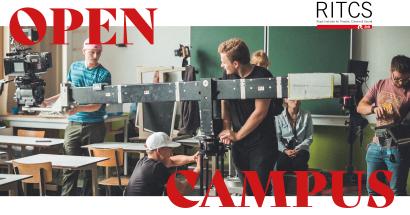