Following the premise that water will always find its level, the term Communicating Vessels describes the way liquid moves between conjoined containers: gravity and pressure conspire to keep the surfaces aligned, pulling the shared liquid back and forth until the separate vessels come into balance. Like the relationship between a mother and a child or fluid passed from mouth to mouth, meaning, intention and understanding constantly flow back and forth between us. It is the fundamental connectedness of all things, how ideas migrate and shapes shift, and the possibility of individuation without individualism. Bringing together fictional narrative, personal anecdote and private conversation, Communicating Vessels explores how we infect and influence each other in ways that are sometimes good, sometimes bad, yet always urgent and necessary.

In July of 1971, American artist Lee Lozano gave a talk at NSCAD art college in Halifax, called “The Halifax 3 State Experiment”. Stretching over 8 hours, and moving through multiple locations, Lozano delivered her extended lecture in three states - sober, stoned on weed, and high on LSD. Filmmakers Maïder Fortuné and Annie MacDonelle take this event up as a point of departure for an investigation into Lozano’s thoughts, practice and daily life. OUTHERE is a dense and layered experimental documentary that combines archival material with performance, interview and readings. As a film it is equal parts ghostly evocation and systematic investigation of the strange and impossible figure of Lee Lozano.

Followed by a conversation moderated by Jorge Léon

Maïder Fortuné, studied literature and theatre (École Jacques Lecoq in Paris) before entering Le Fresnoy National Studio for Contemporary Arts, where she developed a performance-related practice of the technological image. With its great formal rigor, Fortuné’s work commands all the viewer’s attention for a genuine experience of the image and its processes. Recently, her practice turned to more narratives preoccupations. Lecture performances and films deeply rooted in writing, are the mediums she process to open up new narrative strategies. Her work has been exhibited internationaly (Europe, Brazil, Canada, China, Japan). In 2010 she won the Villa Medicis fellowship in Roma, Italy. Recent shows and performances have been held at Gallery 44, Toronto, Centre Pompidou Paris, and the Toronto International Film Festival. 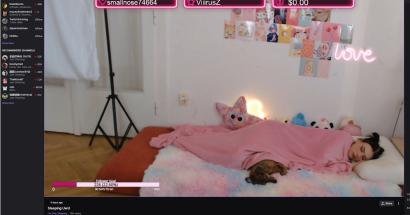 19:30
21:45
On Tuesday 7th and Wednesday 8th of February CINEMA RITCS welcomes the Brussels Independent Film Festival for an inspiring program of feature films.

19:30
On February 8th, the travelling film festival 'Echoes of Ji.hlava' will be our guest at CINEMA RITCS. During its tour, the largest Eastern European docu ... . 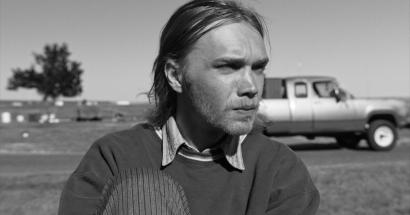 19:30
21:45
On Tuesday 7th and Thursday 9th of February CINEMA RITCS welcomes the Brussels Independent Film Festival for an inspiring program of feature films. This ...
Meer evenementen