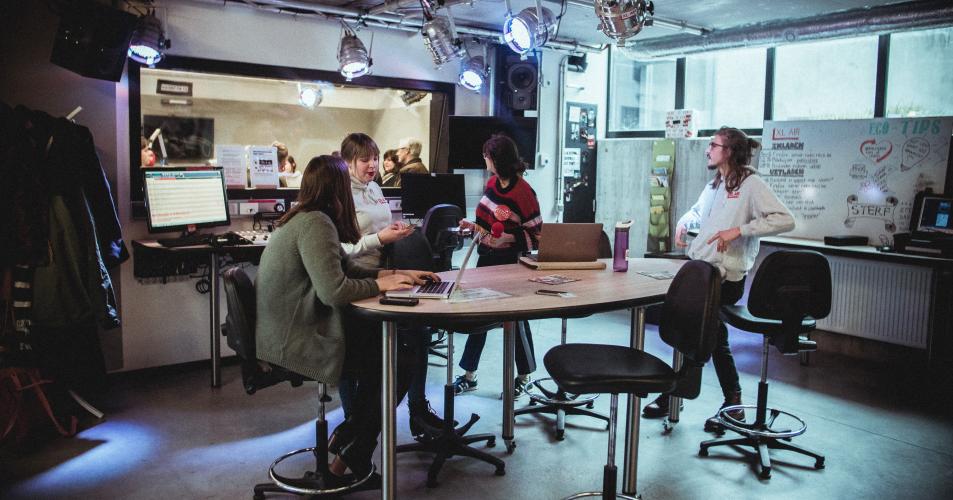 In 2004, RITCS decided that their radio students needed a new practice platform after FM Brussels was promoted to a professional city radio. They joined forces with students from the VUB and together they built a new, small radio studio at the VUB Campus in Etterbeek. In the beginning it was not much more than a chair and a table with a microphone on it. It became a nice place, welcoming everyone who liked to fiddle with radio. In February 2005 the first broadcast of the brand new internet radio XL Air was sent into the world. Since then, XL Air has become the student radio of Brussels, where diversity and creativity take a central place. At the beginning of 2015, XL Air moved all its stuff to the basements of RITCS.

In a glass fishbowl next to the lavatories dozens of students are swimming daily in the wonderful radio sea. One floor higher is the RITCS Café, a place where we regularly organize steamy XL Air parties or delicious live radio shows. Evenings that are without any doubt unforgettable time after time. XL Air primarily is a place where everything is possible. We are looking for new radio, crazy and surprising ideas for programmes. Completely live or in podcast form. That is why we change the programme schedule entirely every season. Do you have a fantastic original idea or do you just want to make radio? Let us know or just join us for a drink after broadcasting hours.